What prey are you dreaming about
tonight, my adroit, winged friend?
What shifting air currents
are floating through your
fulfilled, slumbering mind?

[Note:  I was in the woods taking nature pictures and stayed quite awhile.  It started getting dark and as i was leaving i saw a White Tail Skimmer Dragonfly landing low in some wild plants on the forest floor, fortunately.  I knew that that meant it was preparing for sleep (there).  I waited a bit — for it to really dose off —  and then i slowly moved in to photograph it.  Poison ivy was all around me!  Please note how they wrap their legs around plants while in sleep; this stance affords stability for possible upcoming windy conditions.] 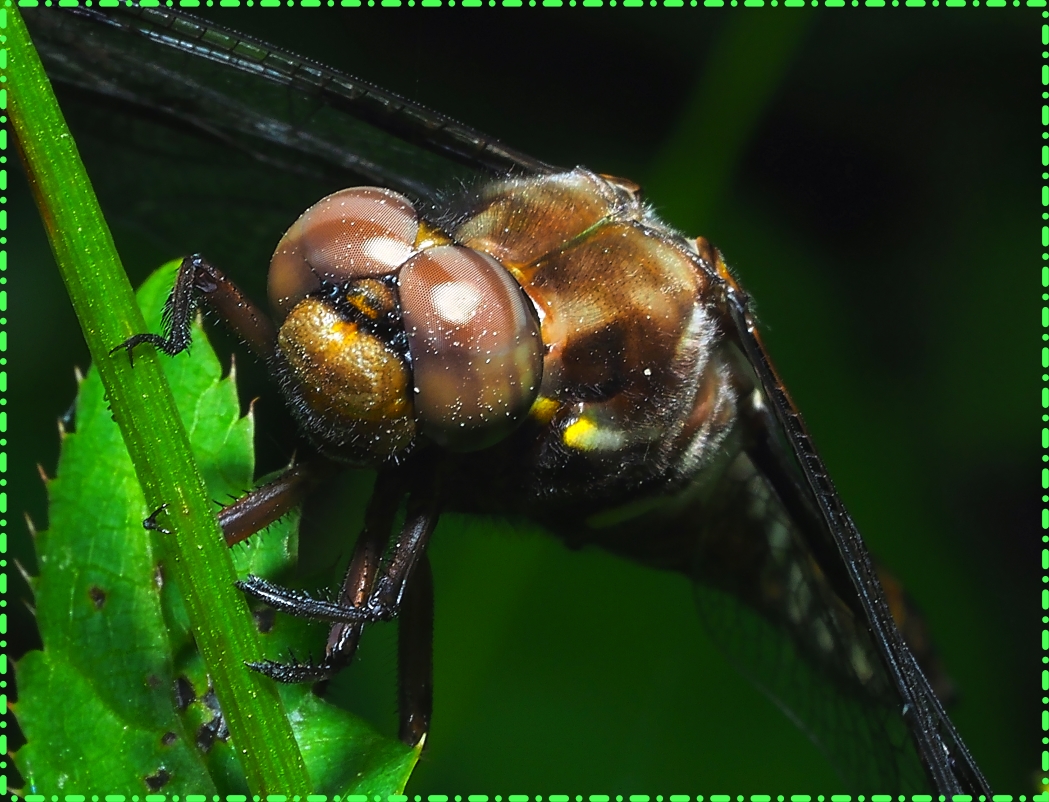 Mankind must take the kind
in “Mankind” and be a lot kinder
to nature. 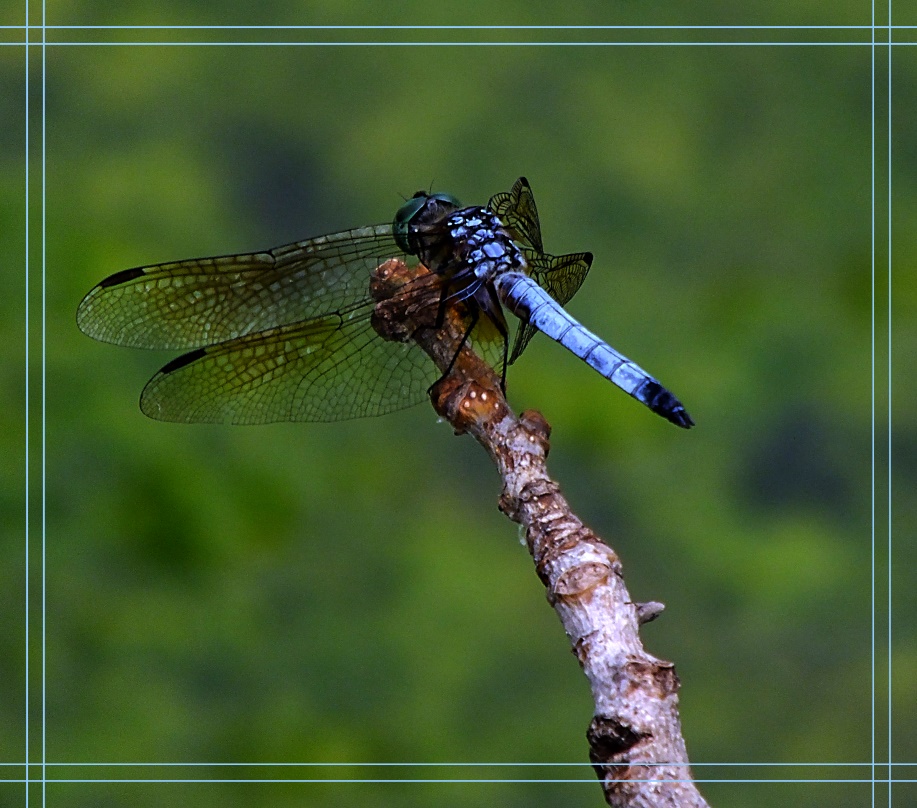 The Shadow of the Dragon’s Wing… Photo by Thomas Peace c. 2018

not so many fossil fuels

or view the world through brainwashed lies

cover everything with dead cement 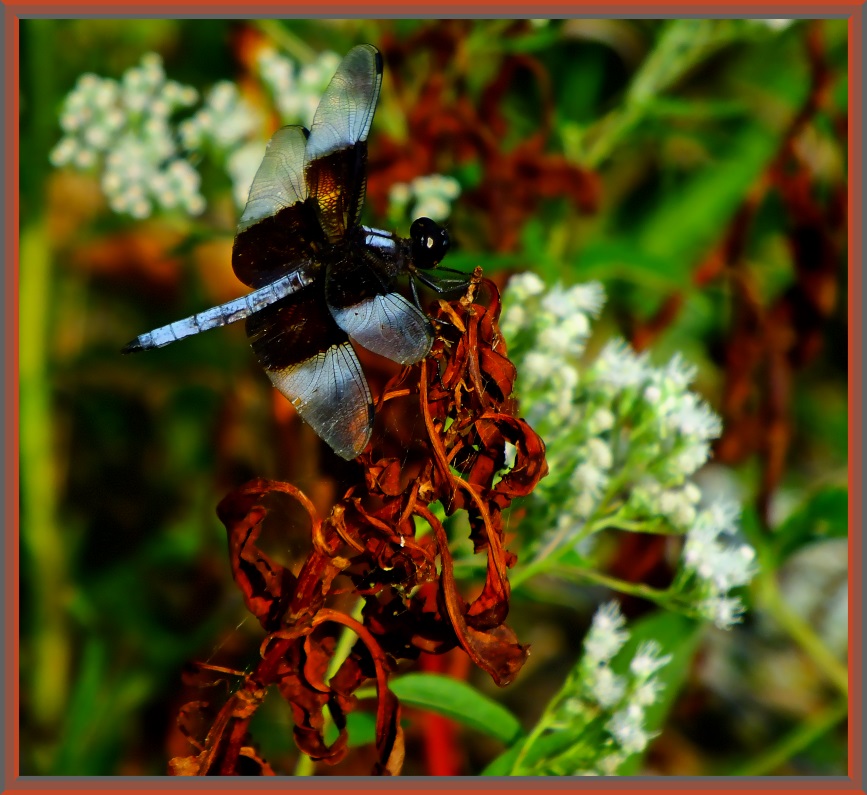 The steering wheel of the car turned to the left,
then to the right
Then various forms of scenery continued to stream by
Later, the brake pedal was depressed (not that
the mind was)
and slowing down ensued
The car door opened; the camera’s
parameters were adjusted; the lens
cover came off and
shots were taken
A little bit of the beauty was (in a
superficial kind of way) captured; but
most of the majestic beauty was
left behind
The true beauty of Nature has not been, and never will be,
merely captured in a superficial photograph; it has not been,
nor will it ever be, captured in
a mere symbolic description consisting of words (which
merely are learned symbols)
The lens cap was put back in place;
the car door opened; then again, various forms
of scenery continued to stream by
The steering wheel turned to the right,
then to the left
The car door again opened
The front door of the house unlocked and
the computer turned on
We, who take photos with fancy,
modern inventions, need to be more humble
We don’t really capture Nature, though in a way, we
try to, (which is good and wonderful sharing in its own way;
but we can do better), and we shouldn’t take too much credit
for conveying Nature when
so many of our fossil fuels and fancy machines are
destroying Nature
We would do well to be more
environmentally active besides being
photo-reactive
Nature is beautiful
Again, we don’t really ever capture Mother Nature
with our little metallic, glass, and plastic machines; nor do
we really capture Mother Nature with the symbolic thoughts that we are
We need to be better environmentalists
Then, just maybe, Mother Nature will truly capture
us 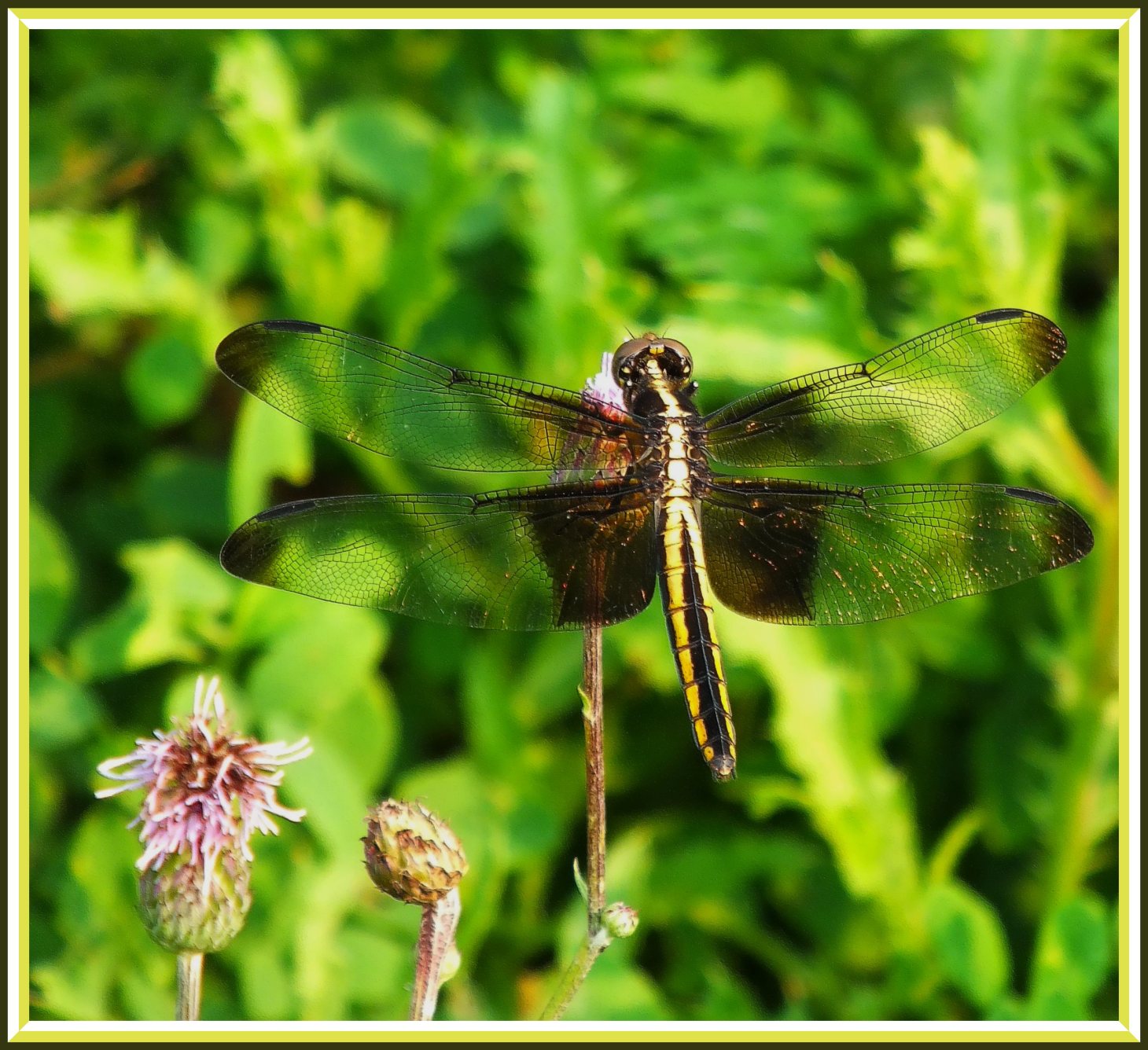 far back as the Carboniferous

adroit acrobat of the air

who hunts on the wing

and who has to answer to 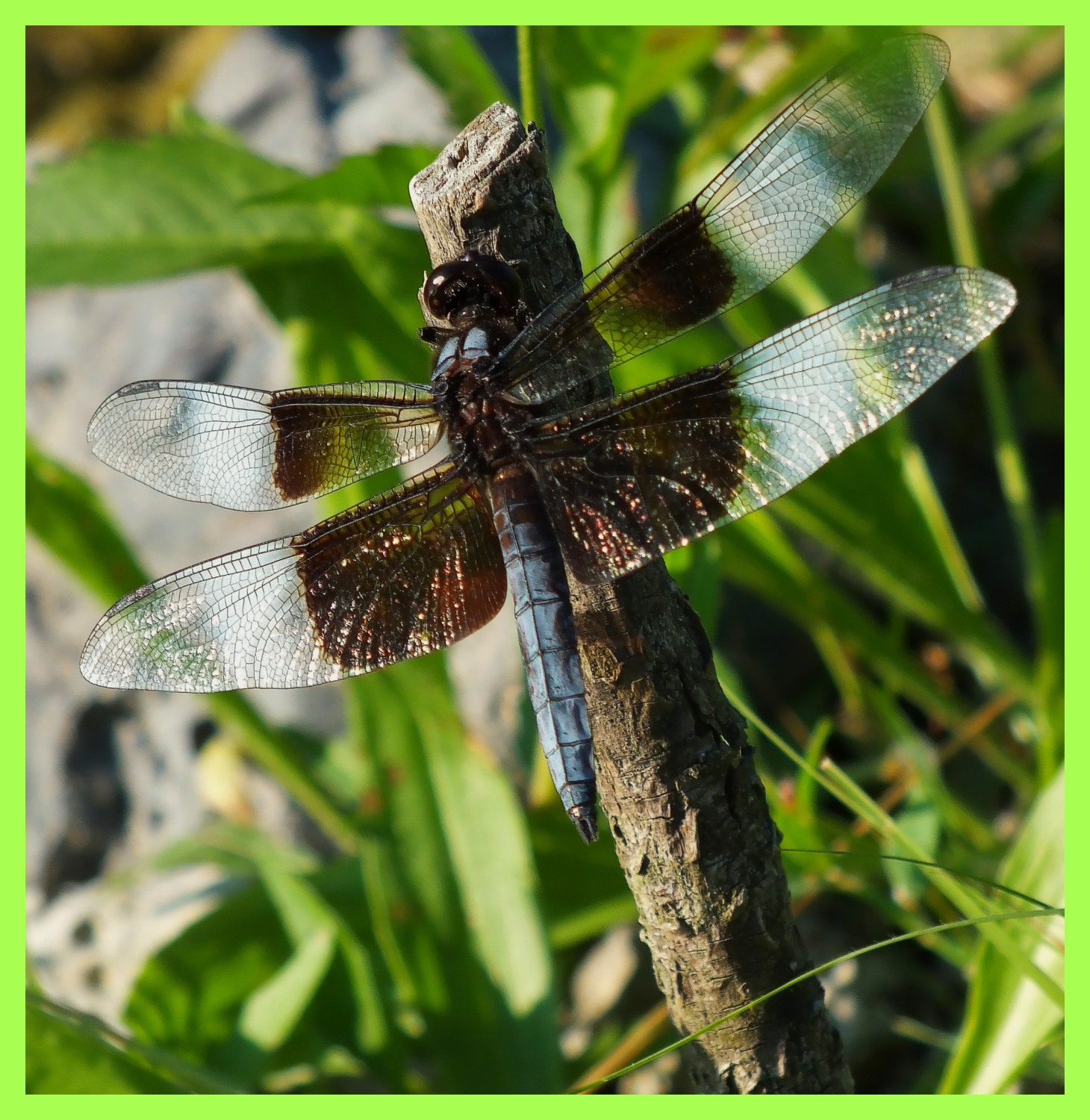 Be suspect of those telling you to be detached or to stay in firm belief/attachment.  There’s only pristine, dynamic awareness… and not psychological separation (or subjugating oneself with second-hand ideas/images).

[Eastern Amberwing Dragonflies, while perched, often flick their abdomen up and down in a wasplike manner.  Females lay their eggs in jellylike masses just above the waterline; when exposed to water, these masses burst open and the eggs disperse over a large area.] 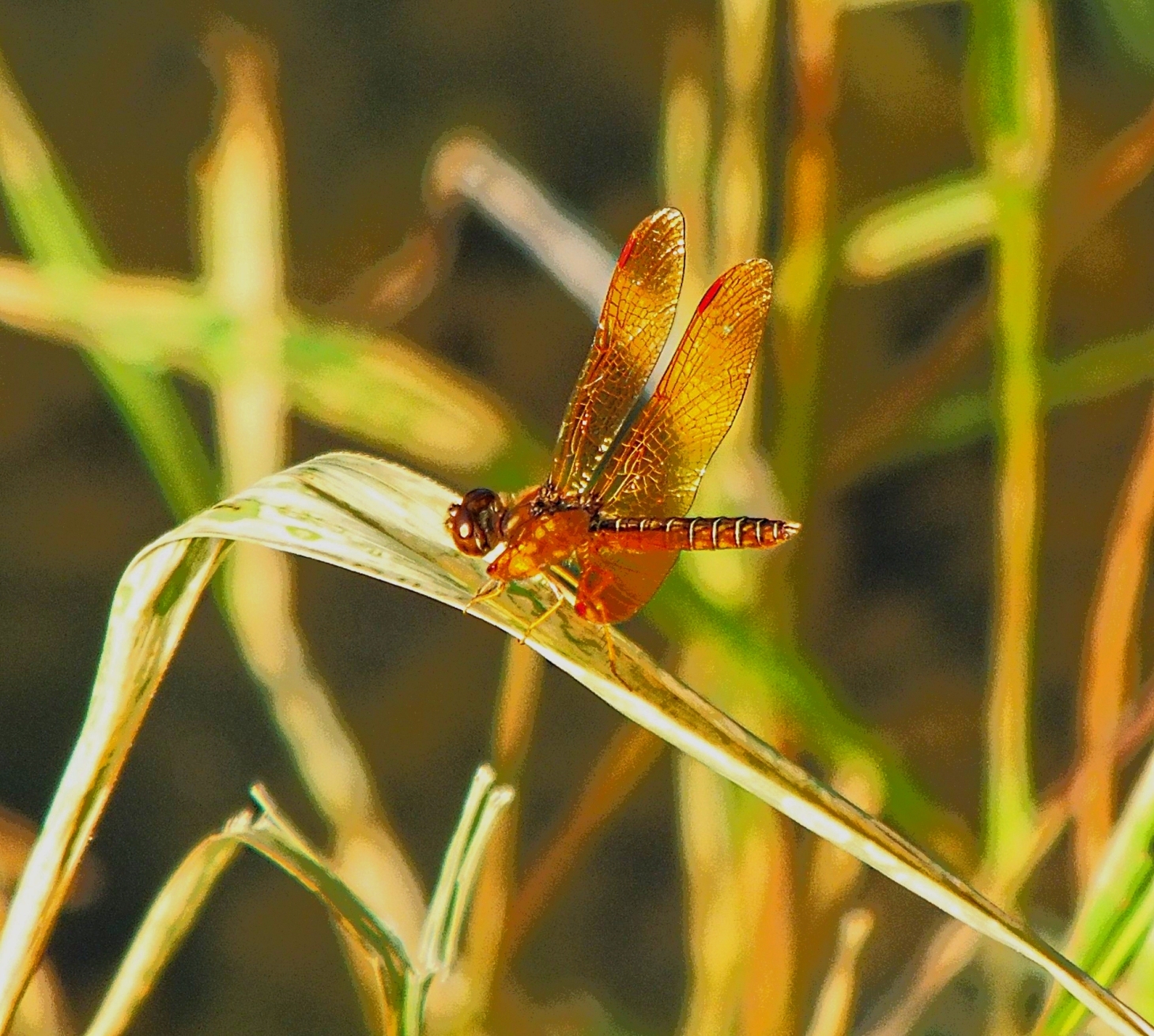 Jewel of the pond. Photo by Thomas Peace 2015 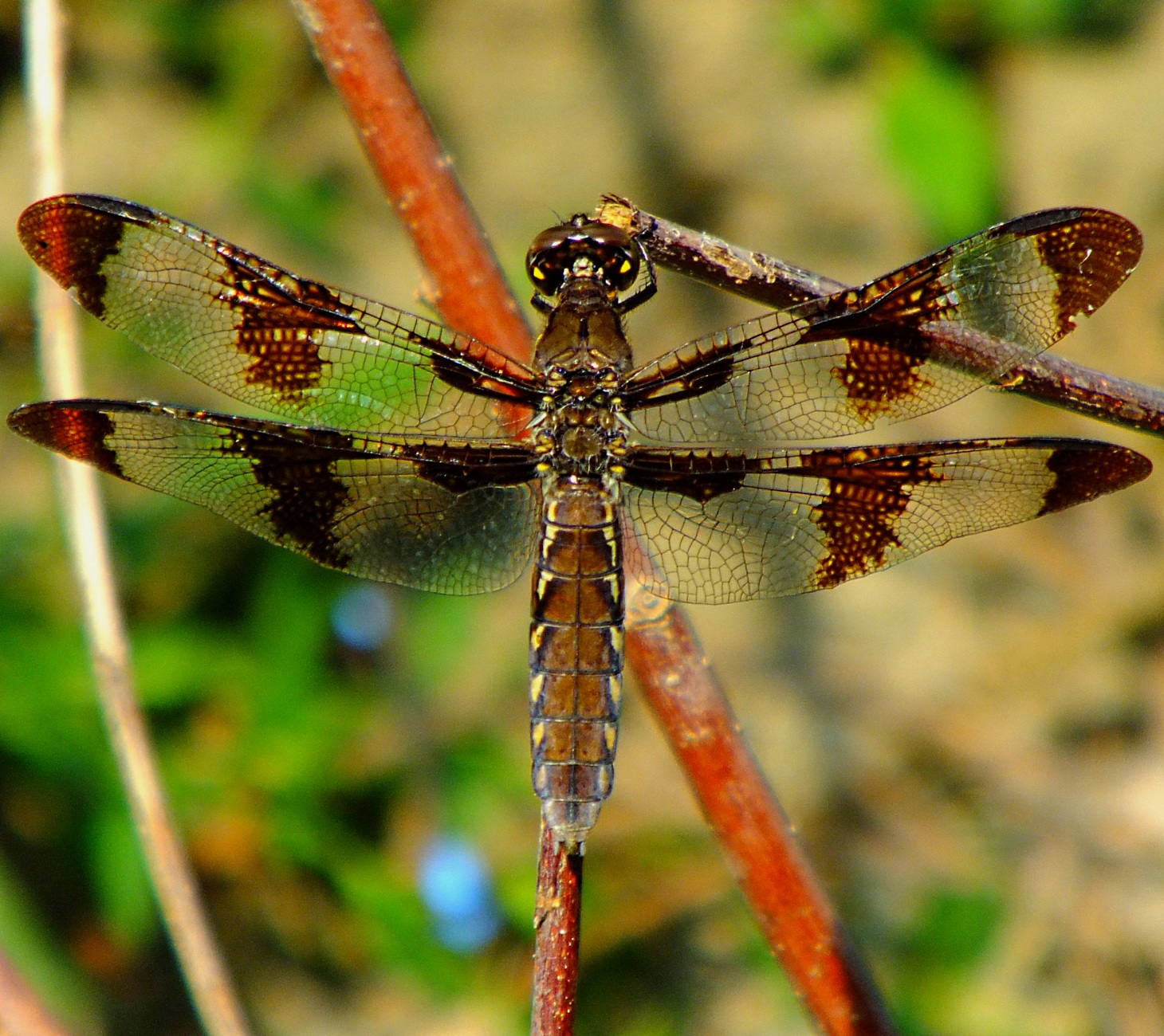 If, each and every day, one is wisely psychologically dying to the hullabaloo and clamor of superfluous thoughts, then one isn’t afraid of the mystery of dying (as so many are).  Then living and dying aren’t two separate things… nor the latter something horrible to be frightened of. 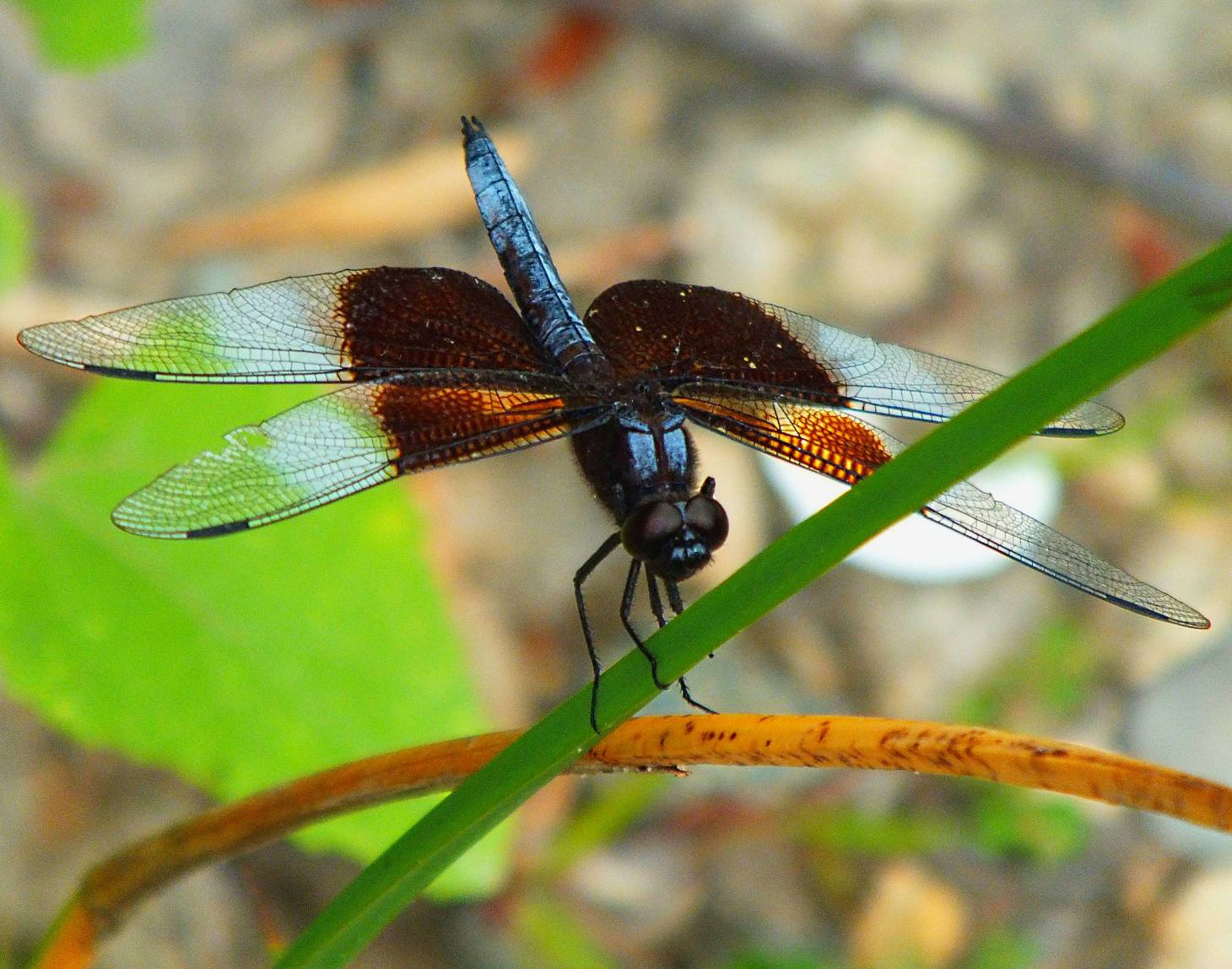 We must not merely inculcate children with mechanical, stale facts… but teach them much about compassion, empathy, and green energy.

[Sanddragon Dragonflies prefer to lay their eggs in streams and lakes with sandy bottoms; their larvae burrow into the sand.  The abdomens of these dragonflies are of a unique shape.] 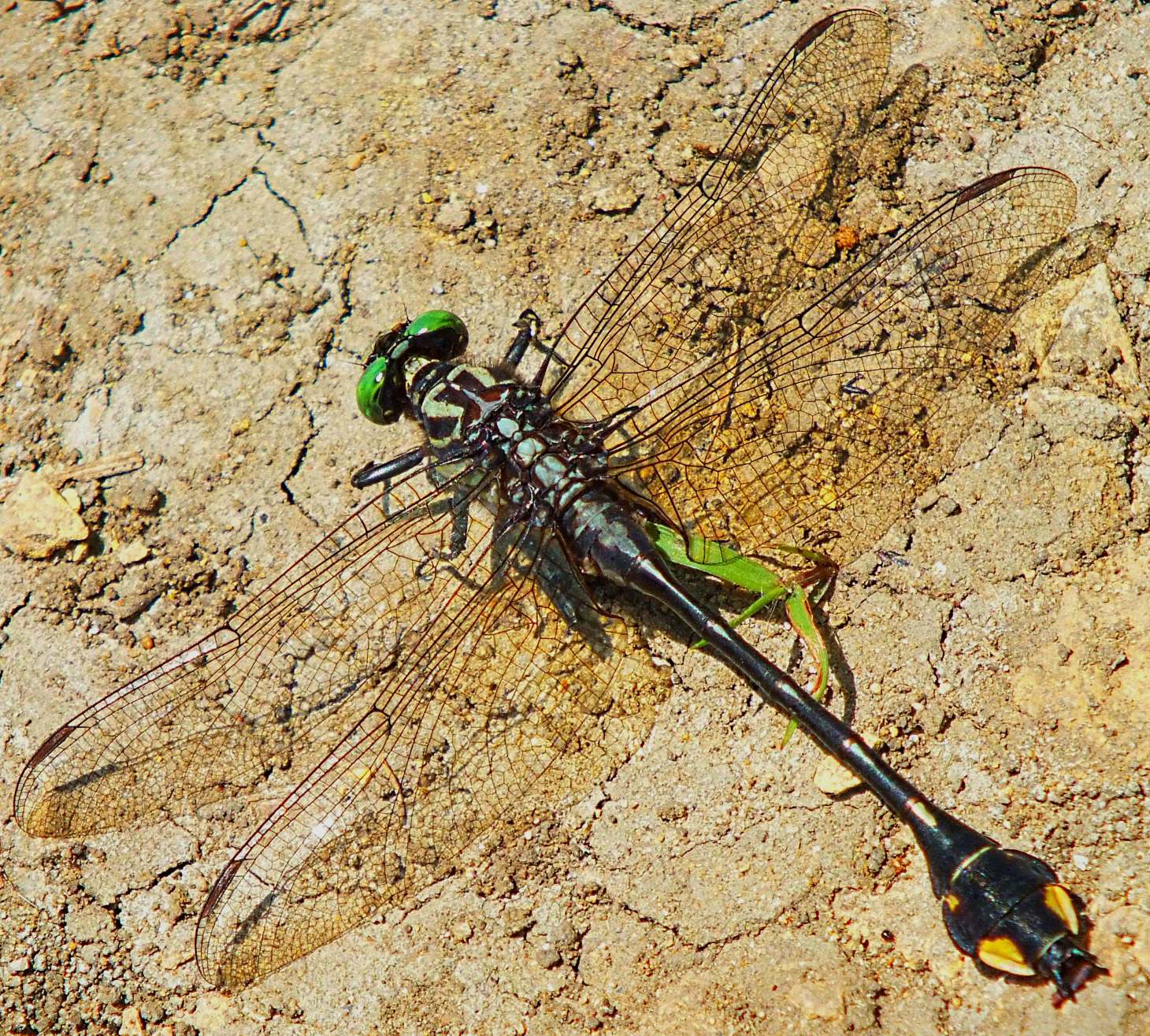 A mind that is often aware without needing things or thoughts to “be aware of”… is a supremely free, non-dependent, unique, and rather majestic mind.

There is not just the human race; there are also the races of elephants, tigers, whales, wolves, etc.

[This is a pair of mating Dragonflies in the standard wheel position.  The copulatory wheel position is the way most species of Dragonflies engage in together. Note that the males and females of this species are of different colors.] 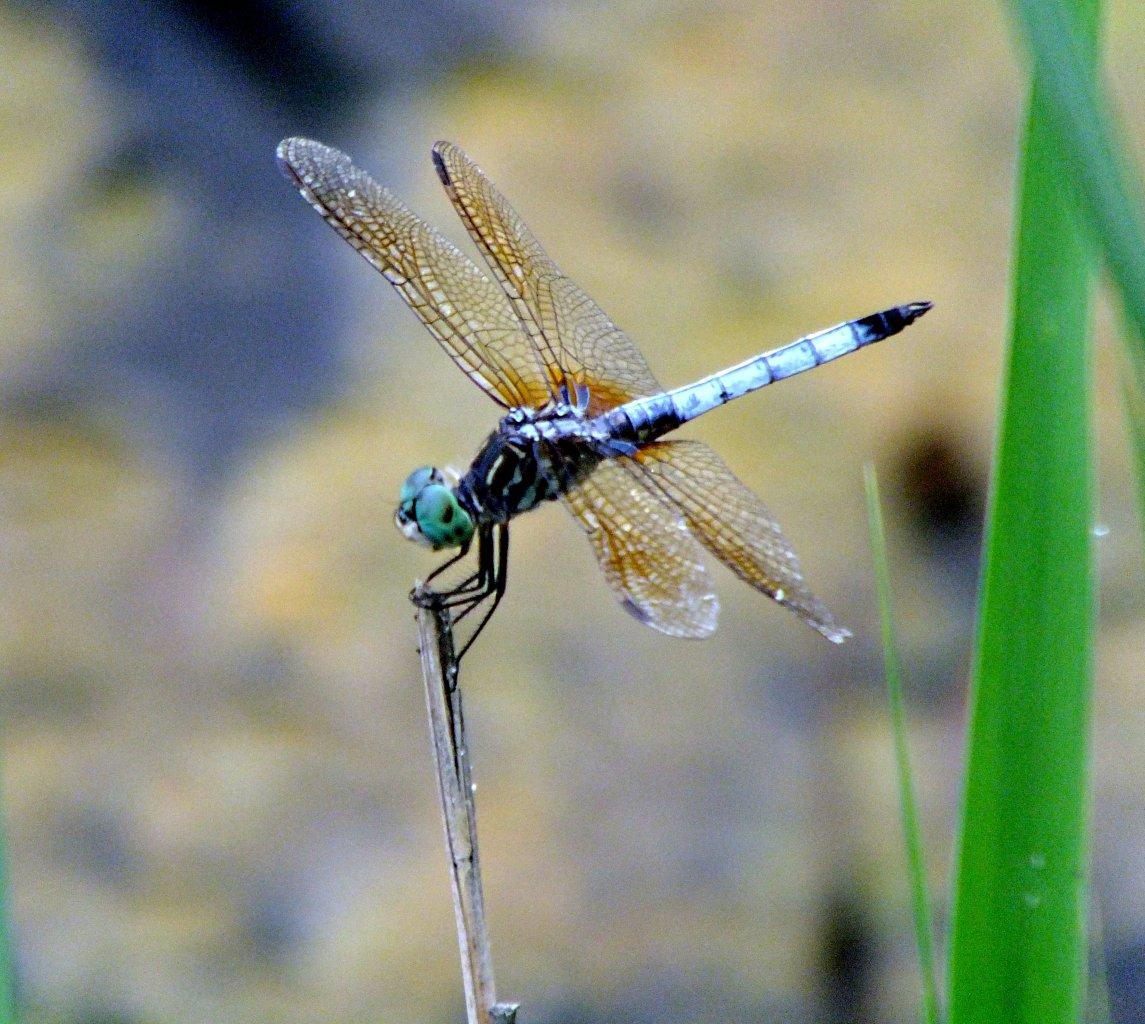 .      Instead of the usual crass revolution of violent disruption, war, and disharmony, why can’t there be a magical revolution of affection/love?

We were around before the time of the dinosaurs! Blue Dasher Dragonfly … photo by Thomas Peace 2014

.    Never ever grow up!  Never ever let them contaminate your youth and inner joy with their old words and systems!

.     Vicarious images about what others go through in life are not enough; one has to feel it in one’s heart. 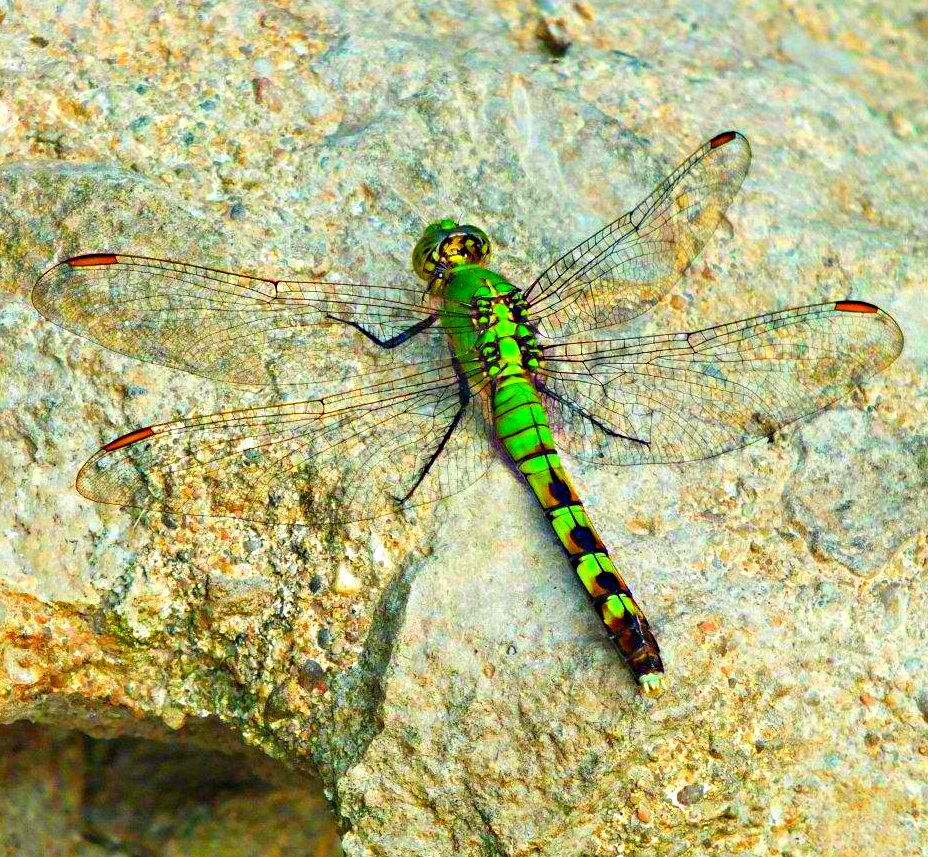 .     If you’re going to be nimble, like young Jack and the Candlestick… then be versatile enough not to remain stuck in the old ground of what was spoon-fed to you. 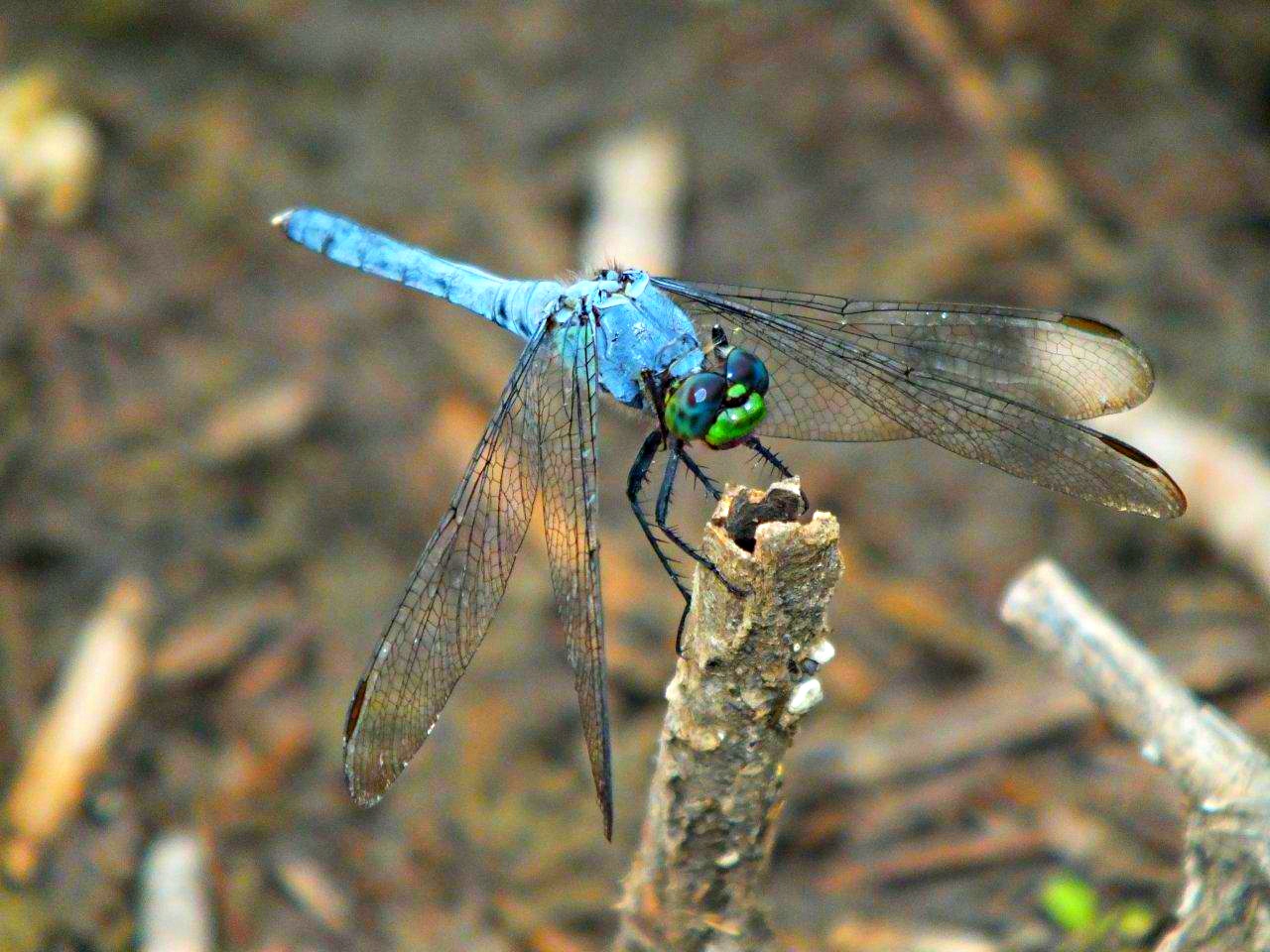 Over the Candlestick… Blue Dasher Dragonfly … by Thomas Peace 2013

.     Always look at yourself as you actually are… without deception, without excuses.  Internal arrays of smoke and mirrors only lead to a distorted brain riddled with self-deception. 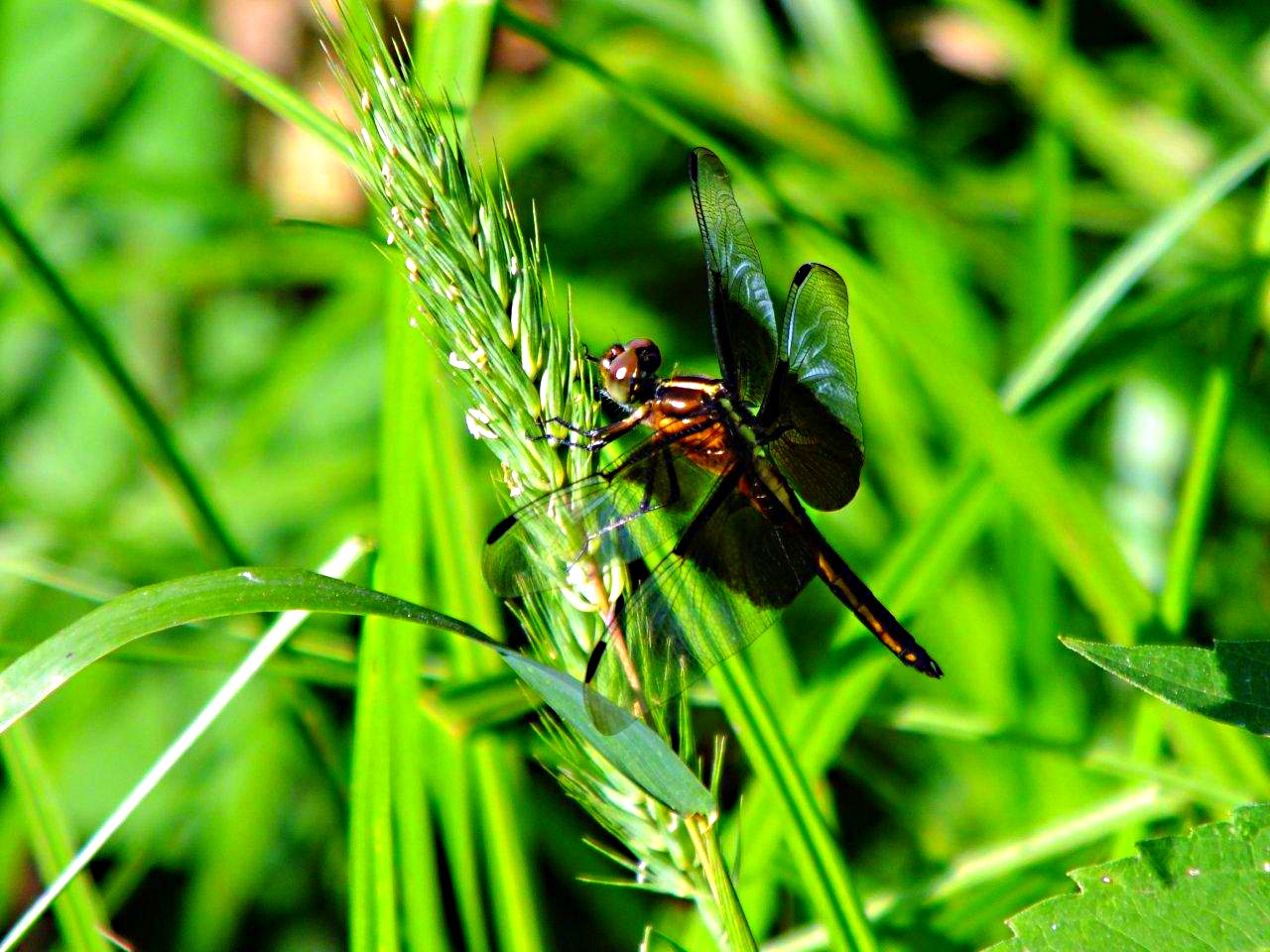 .     Don’t compare yourself  (or your possessions) with others… it’s not wisdom… it’s a waste of time.

Free and not comparing… by Thomas Peace 2013

.    Thought is always “about” energy and/or the patterns that energy seems to take; true enlightenment is communion (i.e., direct engaging) with that energy… it is not mere images or symbols about it.