[Note:   The following is a photo of a 24K Goldenback Shrimp that is one of the three varieties that i keep and breed in aquariums.  A previous posting of mine had Painted Fire Red Shrimp photos in it.  This particular shrimp is a female and she gave birth to most of her young.  However, if you look closely, you can see — behind her hind legs in what is called the skirt region — a few young still being carried in egg sacs.  When the shrimp are born, they are tiny versions of their parents, but only around the size of a comma in a sentence.] 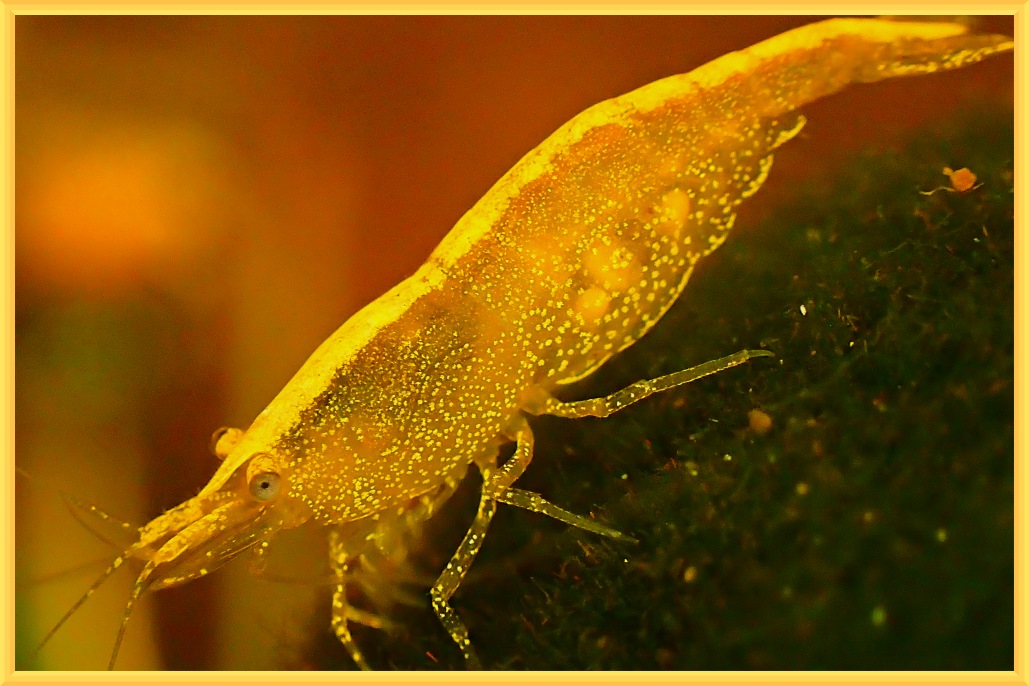