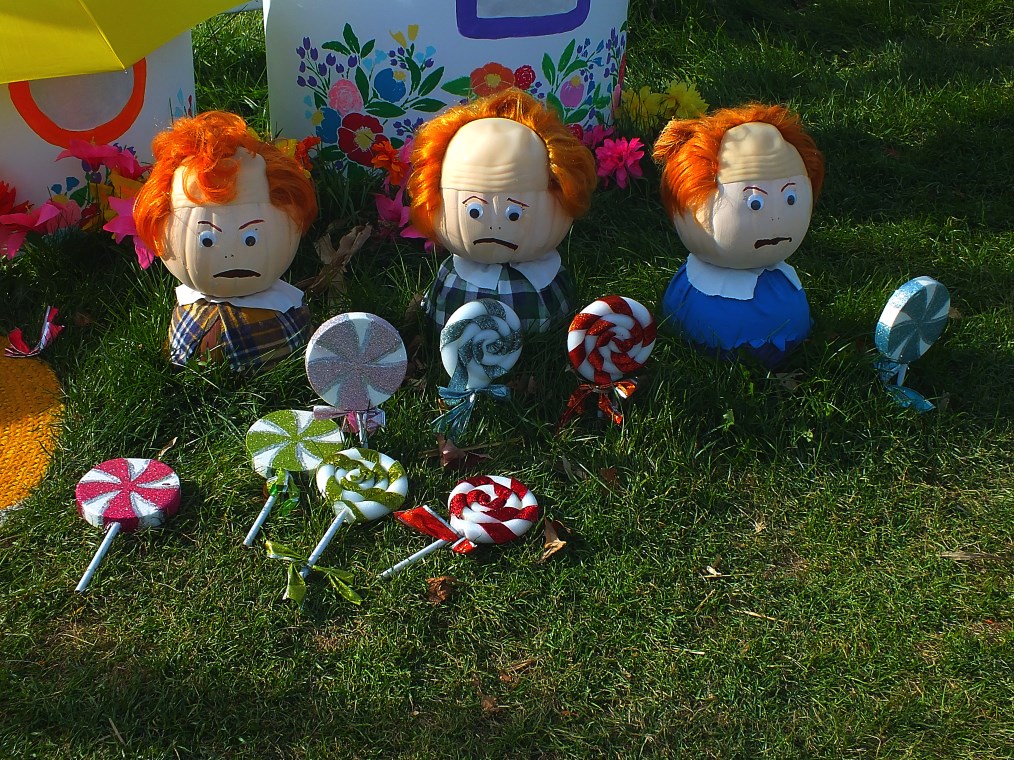 Then the wolf showed his teeth and said:

“Well, then please use mouthwash,” said the three little pigs, “Your breath is strong enough to kill an elephant.”

Yet another truly horrifying story:

You, having a bad hair day, reading this stupid
Halloween Blog while
at your computer.

also looking down
of course
at tiny grasshoppers and katydids

(Based on a true story…)

[Side Note:  We saw the movie The Peanut Butter Falcon over the weekend.  It is highly recommended.  It contains scenes involving both bullying and compassion.] 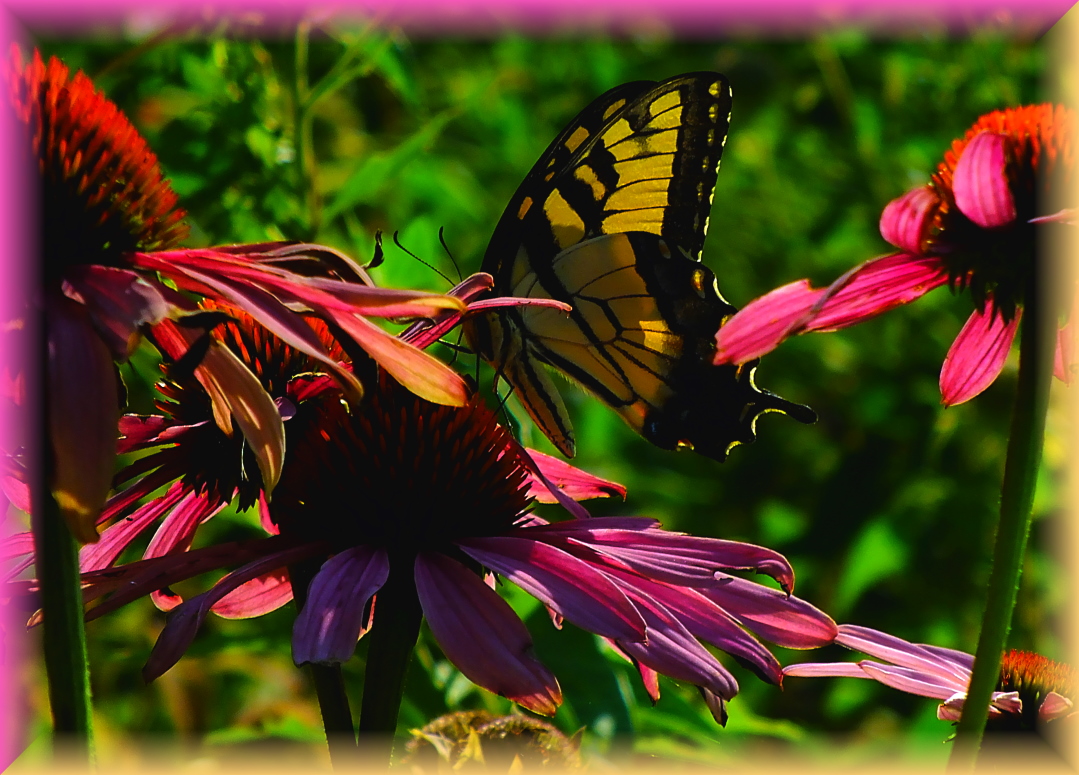 Not Mere Facial Beauty but Beauty Deep Within … Photo by Thomas Peace c. 2019

(Not long ago, while driving home, one observed people texting — with their heads facing down — while driving; (this was observed, that day, in two separate automobiles).  It is observed happening, while on road, all too frequently.  What is fundamentally wrong with people these days?

I perceive a so-called human being
driving from the opposite direction
with an
indifferent, addicted head
facing down;
blundering stupidity and callousness
thinks that it can multitask while driving.
There are families
with precious children
on the road that that immense stupidity is gambling on.
What messages are so important (so profound)
that they warrant perilling multiple lives?
Thanks for putting
us all in
dire
risk!

Puff Ball Fairy,
when you floated past,
ever so gracefully,
ever so enchantingly,
i was, at once, captivated
by your spell.
As you gently floated away,
i, with camera in hand,
wished you would return
so that i could capture
some of your mysterious beauty.
Alas!  You granted my wish
and again floated nearby,
alighting on a simple leaf.
Thank you, Puff Ball Fairy,
and may we meet again
someverymagicaltime in sweet eternity. 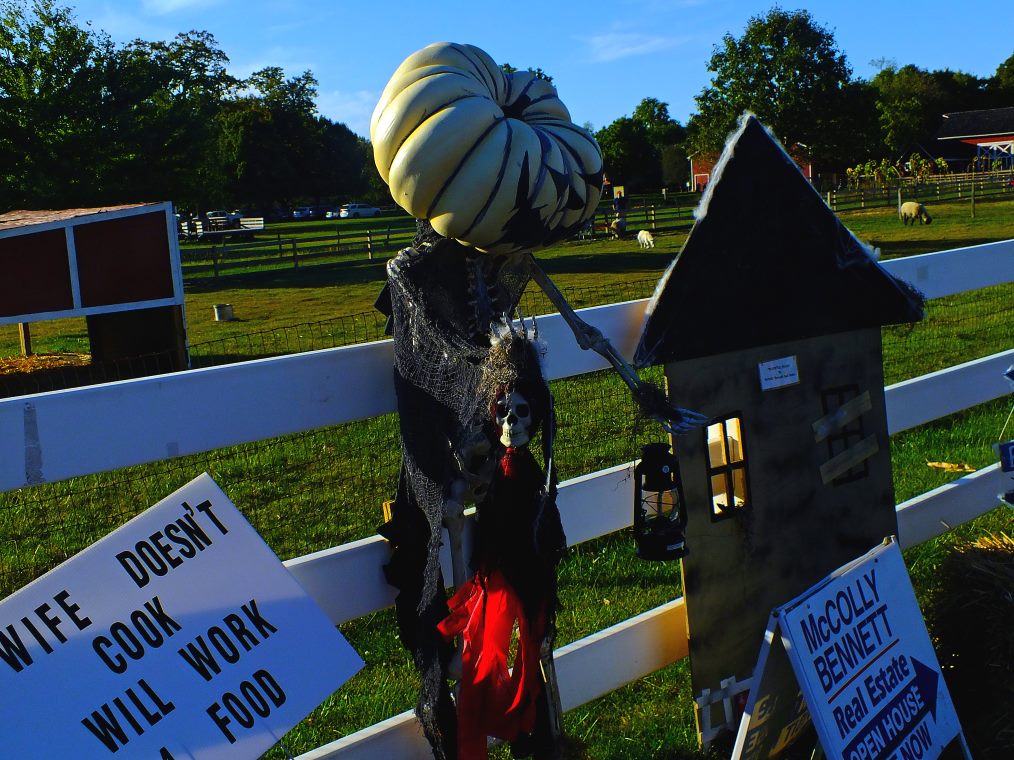 How were we educated?  Were we educated about what to think, with things being poured into us to absorb?   Or were we educated to find out for ourselves, to inquire and to investigate beyond what was merely put forward by others?   Were we shaped (for the most part) by preset molds, or were we encouraged to be whole and independent human beings who can intelligently question things, take nothing for granted, and who probe deep beyond the ordinary, unfeeling, and commonplace?

When we were very young, our canvas was blank; they (for the most part) painted it with what they thought should be painted.   What they thought should be painted — of course — was an extension of how their canvas was painted in the past.  So they painted our canvas.   However, they (fundamentally) did not encourage us to be extremely creative painters.   (The painting-like rendition of the ant — down below —  has little or no relevance with what we are actually writing about, by the way.)  Most of us are a product of their painting… and we see the world through (and “as”) the network of that painting.   If that network largely consists of separation, isolating images of self, accepted conflict and fragmentation, acceptance of ordinary values, boredom, and groping for more… can one, in a profoundly significant way, change to a blank canvas and paint a very different picture? 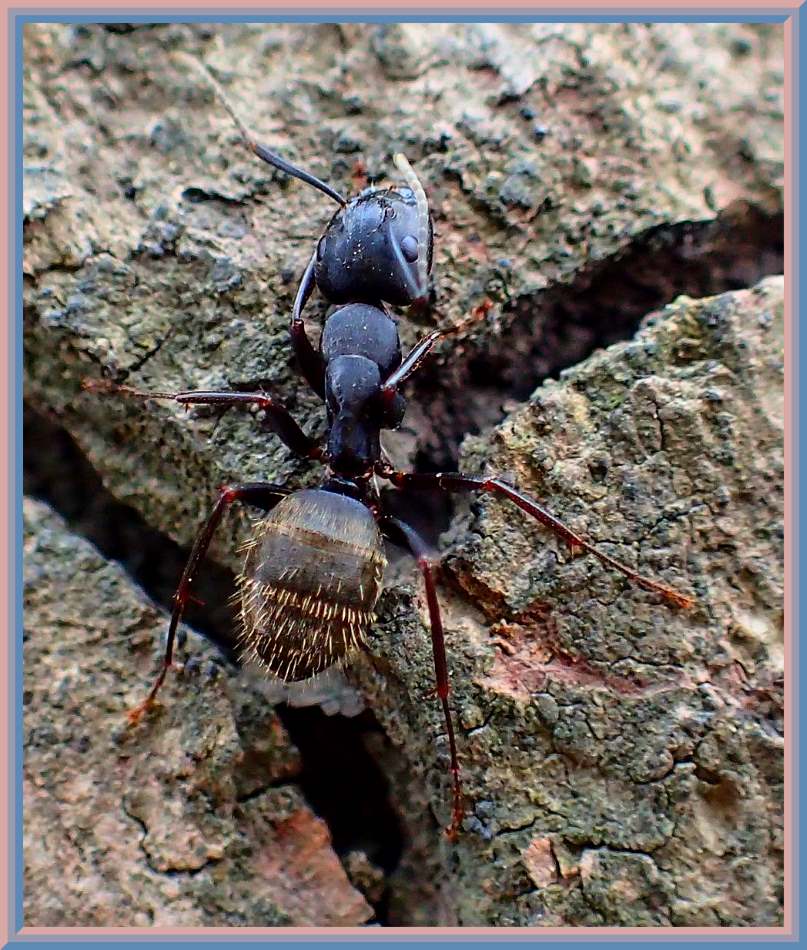 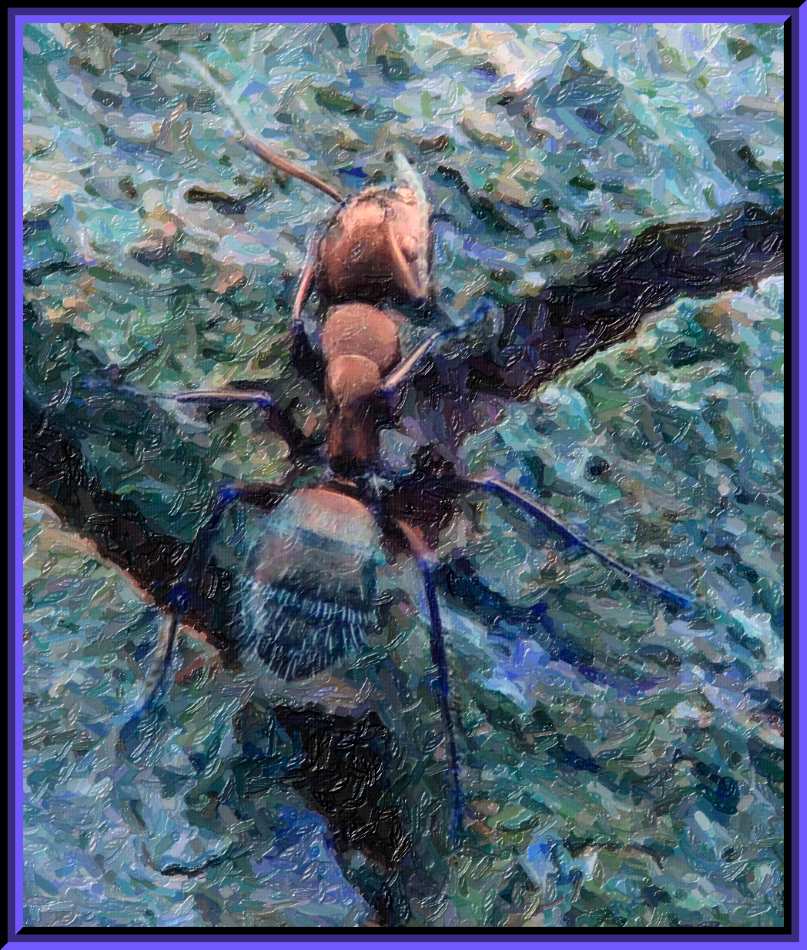 You run from us

more afraid of you

You with your overpopulation

are ruining this planet

With your hitting hatred

and your many armaments

you mindlessly march in armies

We don’t march in any

or on any other dark night

don’t run from us in hysterics

It’s all so blatantly  ludicrous 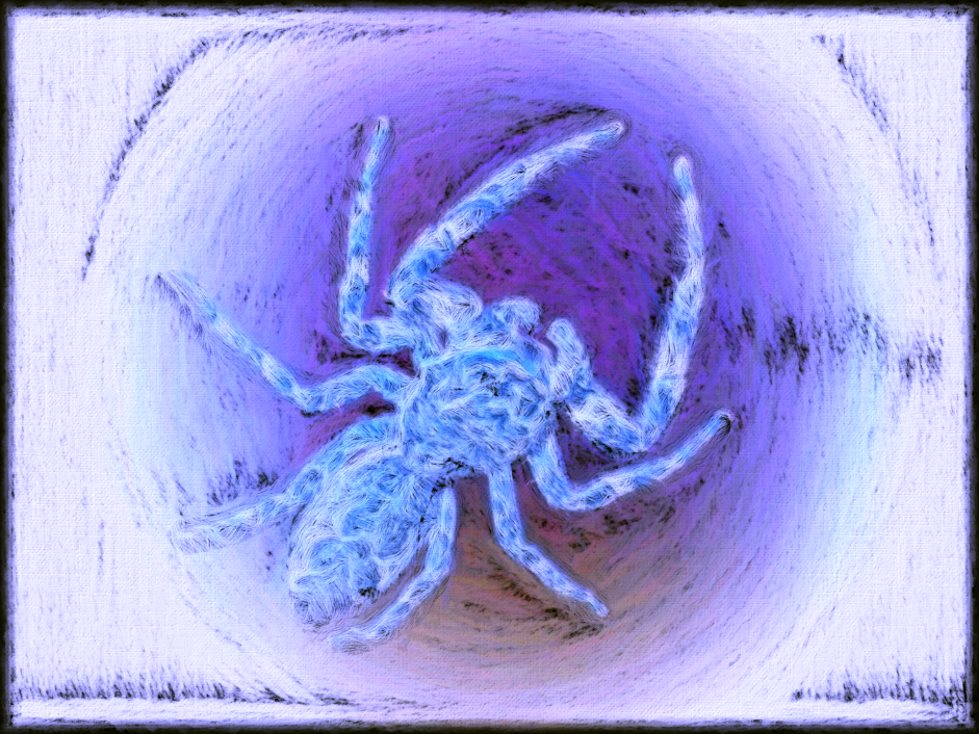 Childhood time is a magical time)

and it’s all about magic (really)

It’s so beautifully full of magic

And youthful joy is that wonderment

So many adults lose those wonderous moments

drink to their bitter depression

and go through the motions without

?Why do they stop asking questions

?Why do they with starched faces

Childhood time is a magical time

and it’s all about magic

My wife and i never had kids (because the world is way overcrowded with humans as it is), but we are concerned about them deeply.  If i had only a few short moments — or a bit longer — to tell a child what to care about, in life, here is what i would likely say:

Mistrust everything anyone has ever told you about truth… and find out for yourself.

Go beyond the dead symbols that they provided; be intelligently empty, stay young, and don’t lose your innocence (as so many adults do).

Don’t just look through the screen of what was taught; use thoughts often, but go beyond them.

Love the whole and not merely a few isolated parts.

Let effortless silence be your oasis from internal patterns that were planted in you by others.

Help others (so-called other life forms) to go beyond suffering.

Help (and care for) Mother Earth; she is all we have, and many are making her sick.

Don’t be ordinary (even if it is more comfortable and easy to be ordinary).

Never lose that youthful feeling of eternity (that most adults have lost long ago).

Perceive with (and “as”) dynamic emptiness without a mere center.

Look without mere separation between you and what is perceived.

Perceive with a warm heart, not merely (as so many do) with a cold mind.

[These are fish in a large pond in our area.  There is a small creek that flows into the pond, and the fish love to hang out by the mouth of the creek to get oncoming food and to enjoy the current.  I like how one of the fish — unique, with the purity of white on its head — in the top section of the video is (especially) enjoying a burst of water current, creating surface swirl!  There were many more fish than what is seen in the frame.]

Many of us value rather cadaverous things.  So many value fancy possessions and excessively large houses that they are fond of showing off to others.   It is likely, however, that the intrinsic intelligence of the vast universe doesn’t give a rat’s behind about fancy possessions and elaborate, ostentatious houses.  Real value is in what is free… like integrity, compassion, and pristine, uncorrupt perception.  However, so many of us were miseducated to neglect those “deep and profound” things and, instead, were taught to chase after rather superficial things that must be “earned and acquired over time.”  (They are valuable-garbage-things; in other words, they are “valuable,” but they are — if you are of deep perception — essentially worthless garbage.)  Aspects of the real beauty of integrity, compassion, and uncorrupt perception are that they are beyond the greedy clutches of grasping and “earning” and so are (in a big way) beyond time.  Most people chase after the contrived, superficial shadows while failing to see the true value in what is timeless and alive.  They are caught — while the real jewels of life elude them — in showing off their dead, shadowy treasures to each other… trying to impress.

Before i retired, i had, as one of my students, who — though having mental retardation and though being severely multiply handicapped, including being blind and having paraplegia — had a great sense of humor and a very caring disposition.  He never displayed any hatred or malice toward anyone.  He often stated, “I love everyone.”  He never displayed any pretentious behavior; he never — though handicapped, he was more gifted than most of the other students — flaunted his abilities, and he never wanted much, but he was always happy, always joyful and caring.  He would always joke around a lot — he was a great member of our Royal Order of the Moose Club (similar to the Royal Order of Racoons on the Honeymooners show) — and he would often laugh and be zestfully living. He recently passed away.  I spoke at his funeral service to those who attended.  Many attended… because he was so genuine and pure.  He was my teacher (in a big way too); i learned a lot (about goodness and about value) from him.

[Note:  Many years ago, when i was young, i visited, worked at, and spent a lot of time (6 months) at Family Pastimes in Ontario, Canada.  The people there live in a marvelous, very beautiful rural area (with wild bear and beavers), are vegetarians, and they make and sell cooperative (non-competitive) games.  They have been making and selling exclusively cooperative games for over 40 years.  Check out their website sometime; you will be glad you did!  www.familypastimes.com]

We learn to imitate from the earliest age, and (unfortunately) most of us continue to imitate throughout life… never going beyond mere reaction.

Psychological blindness educates others to be content in the dark; illuminated minds educate entirely differently. 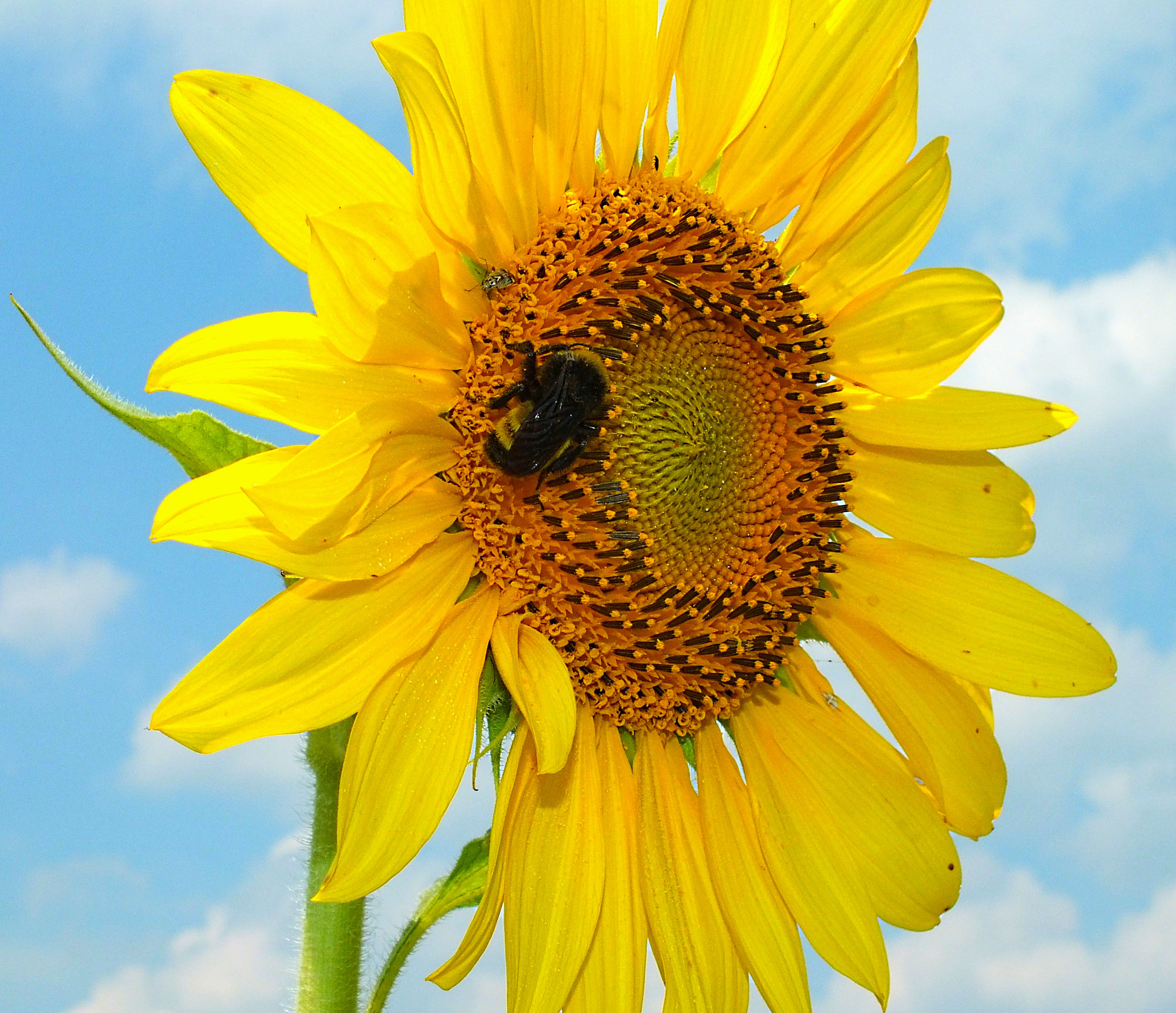 Schools and educators would do well by putting much more emphasis on cooperation rather than on ruthless competition.  T(ruthless) competition bestows a mentality that leans more toward domination and indifference.  Cooperation confers more learning in terms of helping, consideration, sharing, and kindness.  Perhaps one of the reasons our world is going to pot is that so many are just out for themselves (accepting a crass, dog-eat-dog mentality).

[The gills of the mushroom help support each other (as the whole).] 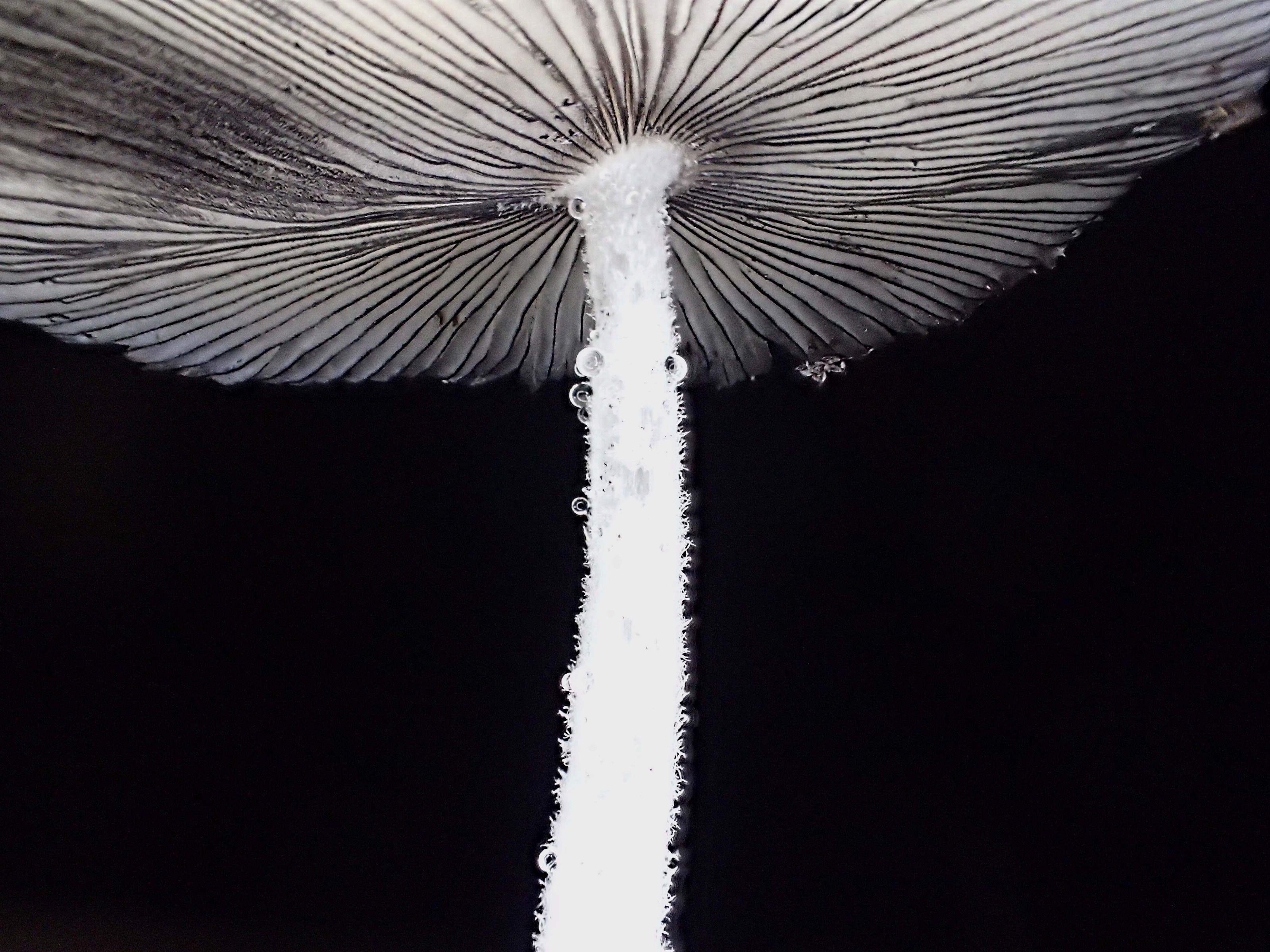 Not competing. Photo by Thomas Peace 2014

So early in the morning… Photo by Thomas Peace 2014

[Close to the edge…]

We must not merely inculcate children with mechanical, stale facts… but teach them much about compassion, empathy, and green energy.

[Sanddragon Dragonflies prefer to lay their eggs in streams and lakes with sandy bottoms; their larvae burrow into the sand.  The abdomens of these dragonflies are of a unique shape.] 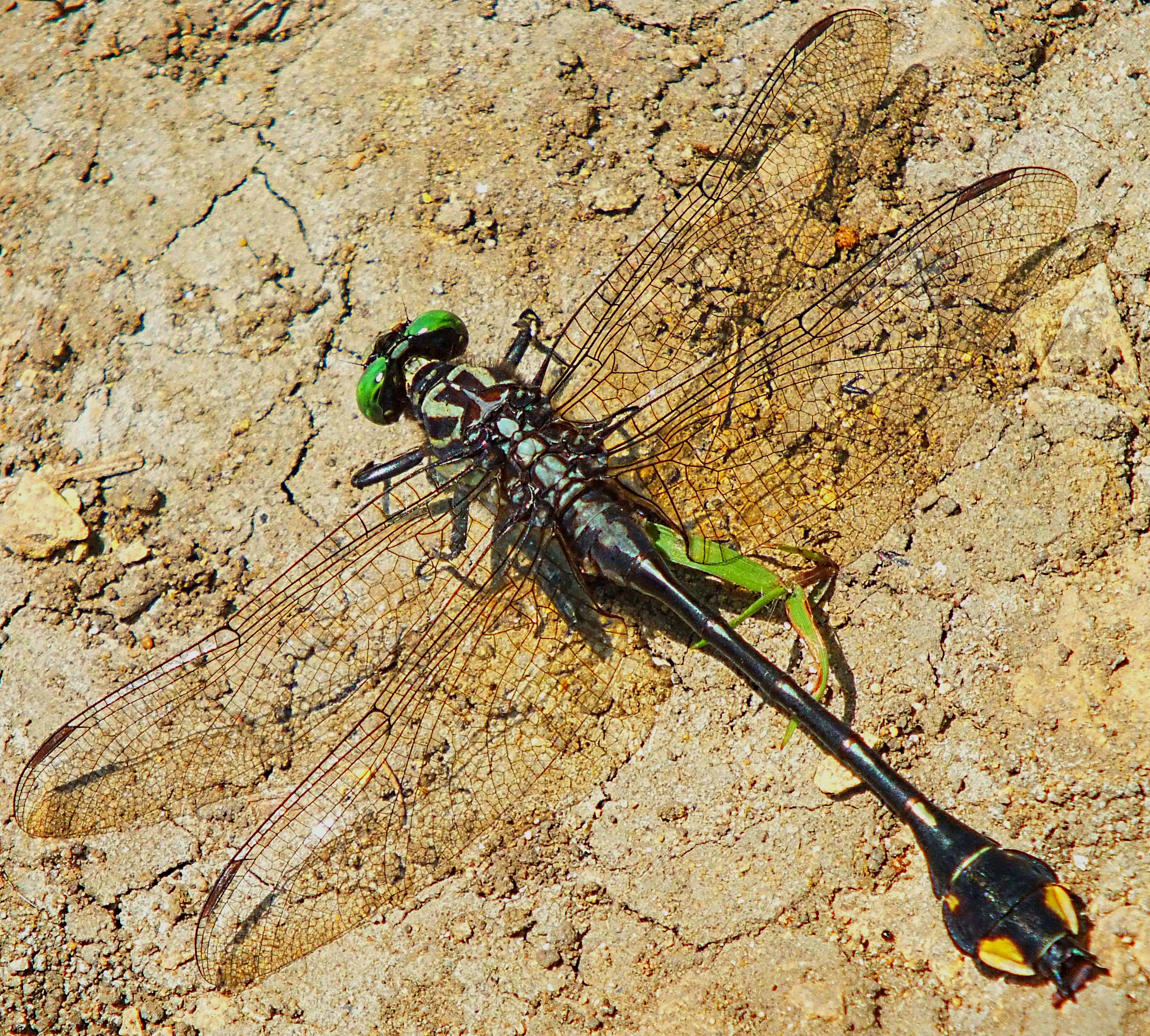