Not long ago, one posted an article about Tweetie Pie, a Yellow Naped Amazon Parrot who lives with us and who seems to have well developed comprehension and language skills.  That previous article mentioned how Dr. Irene Pepperburg’s research on avian psychology suggests that many parrots have the mental understanding of a (human) 5 year old and the verbal capacity of a 2 year old.  We play learning videos and movies all day long for Tweetie and the two other birds who live with her.  They often, by the way, watch full length movies with as much interest and zeal as any human would.  When one walks into their room during a good movie, they don’t even look at what you are doing; and they watch the movie throughout its entire duration.  Anyone who lives with parrots (or dogs or other similar animals too) has the responsibility of exercising their minds and bodies daily.  With parrots, one can daily hold their feet and move them up and down and around repeatedly (so they vigorously flap their wings), so that they get substantial exercise; additionally, toys and fun objects can be given to them to play with often.  Being intelligent, they need a lot of attention and social interaction daily.  Be sure to daily exercise yourself too; many people don’t!

I am retired, and usually home, but earlier this week, Marla and i went to the doctors.  Later, that evening, i said to Tweetie, “What were you thinking about today, Tweetie?”  Tweetie responded with: “About you!”  I then said, “How sweet; thank you, Tweetie!”  Later, while i was preparing the birds’ food next to a large perch that she was on, i said to her, “Do you want a piece of apricot?”  She said, “I do.”  Earlier, when we were at the doctor’s office, one of the nurses we were talking with said that her parents have a parrot that talks with good comprehension.  We sure know what that is about!  Whenever Tweetie talks, it always has relevant meaning; it is not just mimicry.

I used to be a teacher of students who were multiply handicapped and who had mental retardation.  I know, good and well, that correctly answering a question pertaining to the abstract concept of “thinking” takes a rather high level of cognitive processing.  Lately, over the last few days, one has been talking to Tweetie about simple philosophy and perception “beyond thinking.”  One, of course, has kept things very simple.  When i first told Tweetie that one can look at things without thinking — such that everything is “one thing” — she looked all around carefully as if she got something out of what i said.  A few nights ago, i again talked about philosophical things — you know how it’s in my blood — and suggested looking at everything as not just being separate, but together as one.  I held my hand, with fingers spread, in front of her, and said that each finger was different from the other fingers.  Mentioning that each finger can look and act differently, i wiggled my fingers in different ways.  Then i pointed out that though each finger is different, they are all connected (and not separate), and all are together as one hand.  I said that all of us are like the fingers — all being as one thing.  I said that it is good to go beyond thinking now and then, and to look at everything as if for the first time, without just seeing things as being separate.  As i turned away from her to prepare their food, Tweetie said, “You are right!”  (This was the first time she has ever said that… and we didn’t teach it to her.)  She wasn’t brown-nosing, either; she is brutally honest.  One day, recently, for instance,  i reprimanded one of the other parrots for screaming too loud, and later in the evening, Marla opened the door to the avian room to reprimand me for having their TV on too loud.  I was in their room preparing their food at the time, and said, “Marla, is like an old grouch today.”  Tweetie then said, “You are too!”

A couple of days after her response to my philosophical talk, i went into their area as they were watching the Muppets on television.  As i was sitting there eating a salad and watching it with them, there was an episode where western ranch hands were riding on top of cows and saying how much they loved the wonderful horses they were riding.  I laughed out loud, and said, “They’re not on horses; they are riding on cows!”  Tweetie said, “You are right!”  She was correct about her judgement of this last (factual) occurrence; whether she was correct regarding what i said philosophically is debatable (though very interesting).  Perhaps intelligent animals are more appreciative of going beyond dead symbols — and of seeing the value of direct perception — than most of us humans.  Tweetie will not likely ever go through profound enlightenment; but, then, neither will the vast majority of humans.  Usually, when i take Tweetie out for her daily exercising, i ask her how she is doing.  Her usual reply is “Pretty good!”  I’ve noticed that on those days that I’ve talked to her about going beyond thinking… she, instead, says, “I don’t know!”  Perfect answer!  People might easily say that i am nuts for talking philosophically to bird brains.  However, i have received more intelligent responses from my avian friends, lately, than i have from local humans in our area. 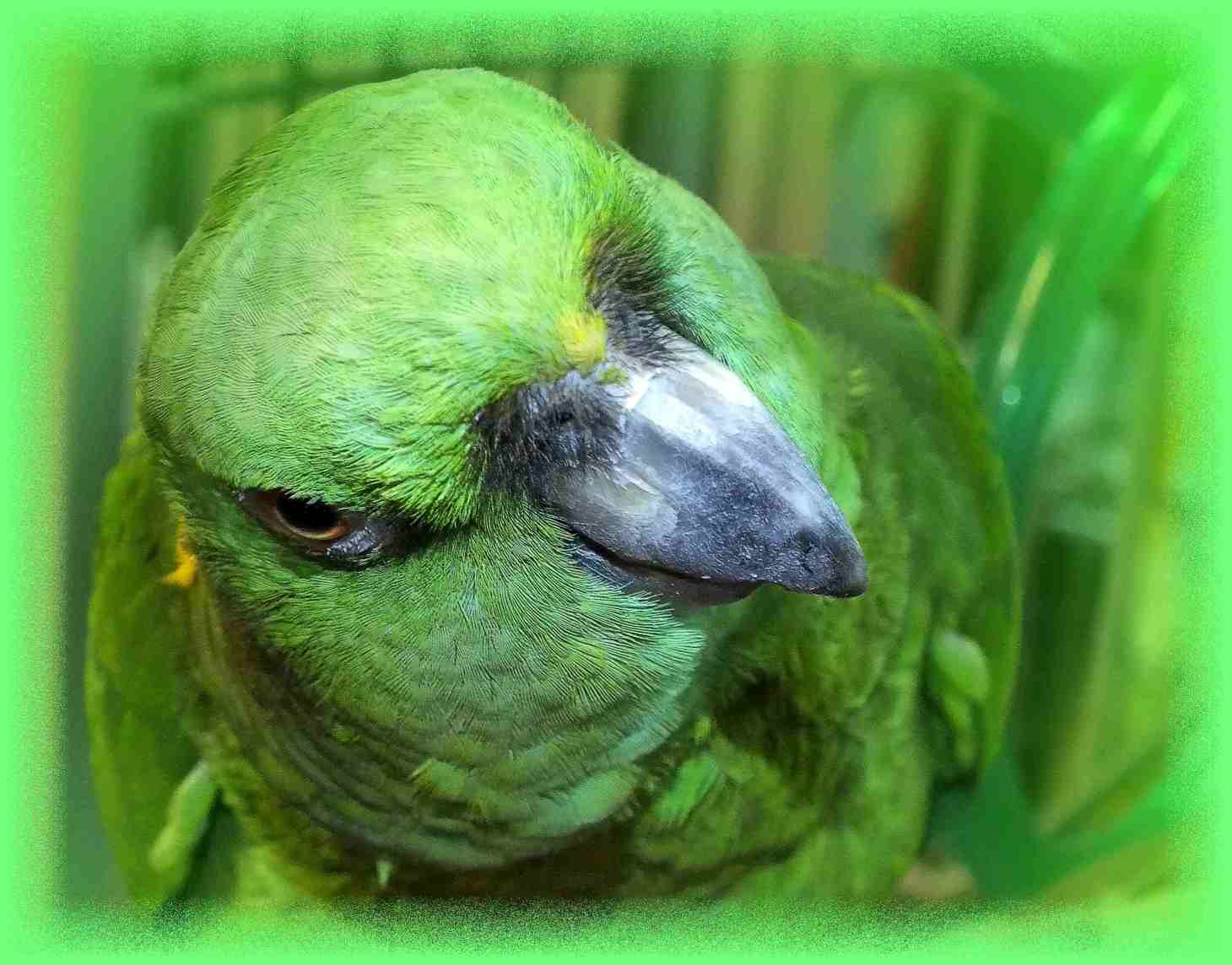