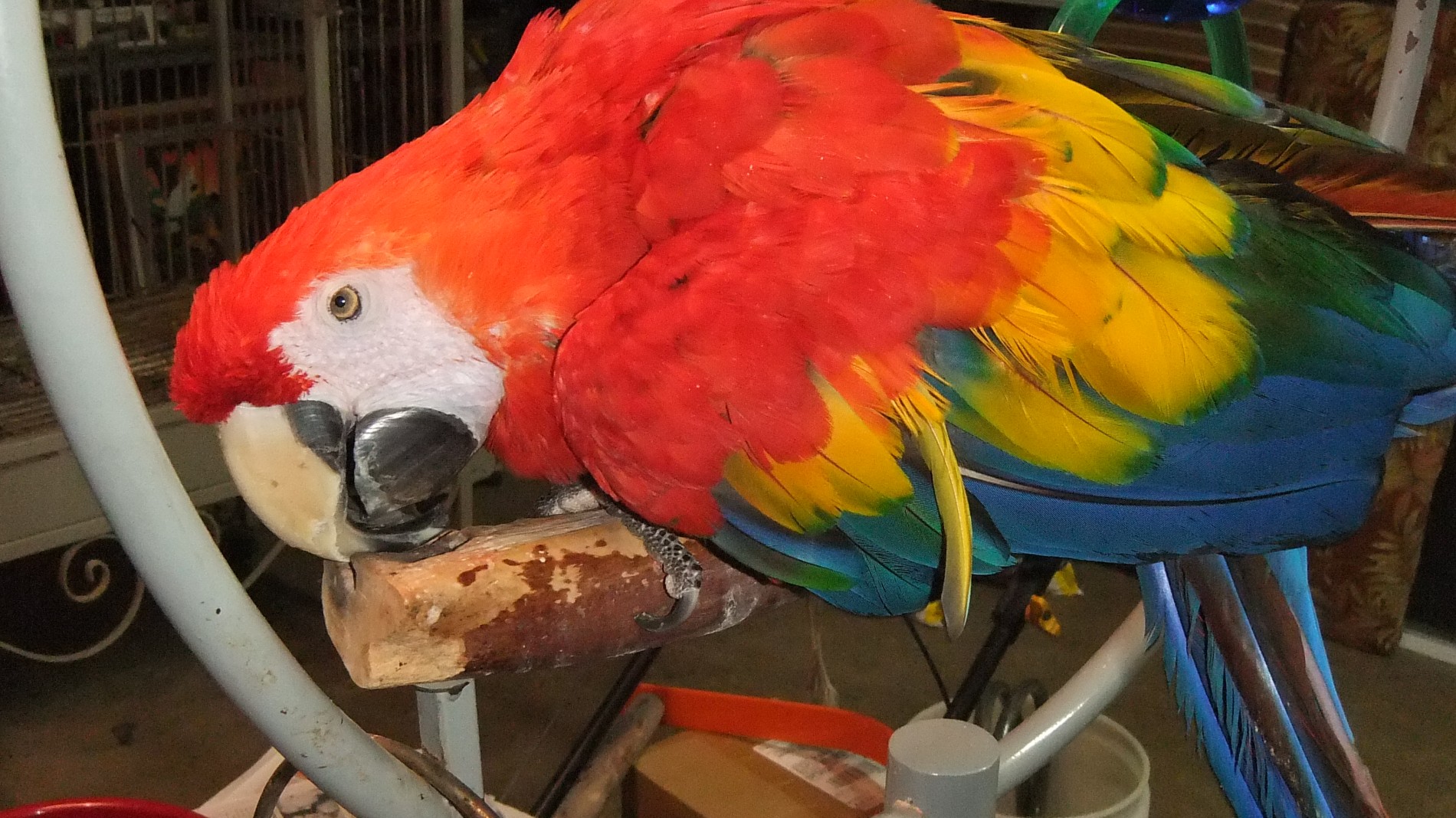 Not to stereotype… but the following is what I think about Gay people.

First off, let me inform you that I am completely “straight.”  I am male and I have a female wife.  I have always been straight… and I’m sure I’ll happily remain that way.

I’ve had tropical fish and parrots, as pets, for many years.  Years ago, I met someone who shared his home with many parrots.  He had a lot of breeding pairs — really cared for his many bird-friends — and was really fond of animals of all types.  He was a real lover of nature.  He went by the name of Buddy.  Buddy became one of my very best of friends.  As time went by, I learned that Buddy was gay.  He, in all the long time that I knew him, never tried to touch me inappropriately or in any sexual kind of way.  We hung out a lot together… and often talked about different kinds of animals and creatures; nature and wildlife was our real passion.

Buddy once confided, to me, about how difficult it was for his family (i.e., his parents and siblings) about accepting his “gayness.”  He, additionally, once said to me, “Who would ever choose to be gay?”  He said that nobody would choose to be different like that; that it was something that just “happens” (like biologically/physiologically).  I agreed with him; felt empathy for him; and continued to accept him as a true and splendid friend.

Unfortunately, Buddy did not see himself as positively as I did.  He was raised Roman Catholic and attended church on a weekly basis.  Buddy told me that what he was doing was a “sin”… and that, in a way, he was “wrong” and “evil.”  Following being told things like that from Buddy, I occasionally would tell him that what he was… was not in any way sinful, or wrong, or evil.  However, just like oodles of others, Buddy was ingrained by a traditional, doctrine-oriented, obsolete system run by antiquated, old-fogeyish men.  My words fell on deaf ears.  To his mind, I was no longer a “believer.”   So my words carried little weight.

Once, we went together (to a distant large town) to a huge convention —  with many people attending — on parrots.  Buddy invited me to stay overnight at his friend’s house (while we were there).  He assured me that there would be no interference with my privacy.  I agreed, and — though I  had a room all to myself, with the door closed — I just could not sleep that night.  Something, deep down and rather unconscious, would not let me sleep.  Nothing happened that night, of course, and I could have slept just fine.  I’m sure that Buddy had a great time with his friend.  (My lack of sleep was something to laugh about the next day.)  At the large (all day) convention, which was about parrots, they served “grouse” for lunch; each plate had a whole bird sitting there in front of each in attendance…(except, fortunately, for me… I’m a vegetarian)!  That meal was ludicrous!  Who planned that, one wonders!  We laughed about it all the way home!  🙂

Ever since I was a young child, I’ve had tropical fish.  Angel fish, which I’ve occasionally gotten eggs and babies from, mate for life.  Once in a while, I noticed, two males or two females would become mates.  These fish were not “swayed” by deviant other fish who “taught them deviant ways”!  It was just some biological/physiological phenomenon that naturally happened now and then.  (Like it or not, we, all land-dwelling vertebrates, evolved from fish… fish like Osteolepis.)

One day, they found Buddy dead in his back yard. This, by the way, happened years ago.  It was a heart related cause of death.  One wonders if stress played a role in his untimely demise.  If he had more acceptance, from others, about his “condition that wasn’t a condition”… maybe he would have lived a lot longer and a lot happier.

I am so glad that I still am not a follower of those old-fogeyish men with their pointed, fancy caps and their fancy robes and buildings.  I am glad that I was supportive of Buddy… and that I often said positive things about his lifestyle (that he didn’t choose).

One of my sister-in-laws is gay.  She is married to another woman.  My wife’s family, at first, had a bit of a difficult time with it.  But now they are very accepting and understanding about it.  I, from the get-go, did not have any problem with it; to me, at the time, the difficulty that others were having about it seemed to be rather nonsensical and silly.  That sister-in-law — I have six others — happens to be one of my very favorite within the family.  She and her awesome spouse now have two wonderful children (by way of a sperm bank for the deposit).  They are the most splendid of parents… always fussing over their kids and taking them all over for learning and educational purposes.  You couldn’t find better parents!  Not only are they great parents, but they are kind, happy, considerate, warm human beings.  They are both teachers… and people in their community love them!

At the family Christmas party, a few days ago, (we had one of those later parties), I overheard one of the other sister-in-law’s kids say to the girl of the twins, “Why don’t you have a father like the rest of us do?  Isn’t that very odd?”  She said it in a kind of half mocking, half despising way.  I plan on asking my gay sister-in-law for permission to briefly talk to her two children about their parents.  I want to tell them that my so-called normal parents were often very cruel and uncaring.  My mother often asked me (as a child) to talk her out of suicide and my father was psychologically and physically abusive.  I used to fear for my life (while living at home as a young child).  I would like to tell my “favorite sister-in-law’s” children just how amazingly lucky they are… and how they need not ever be embarrassed or ashamed.  Many (far too many) so-called “normal” parents leave a lot to be desired!

Some final comments:  There is one thing that I do disapprove of.  It is those authoritative, dictatorial, hierarchical, orthodox, old men with the pointy hats having their way with little children, while the system tidily covers things up.  They are the ones that are truly the danger.

Walt Whitman, one of the most sagacious of poets — and I have some of his insightful, witty poems within my book — was probably gay (as indicated by many biographers).  He was no follower of any rigid, antiquated system; he walked robustly and solidly… content and more than pleased with himself!

Do you suppose you have a right to a good sight, and he or she has no right to a sight?   Do you think matter has cohered together from its diffuse float, and the soil is on the surface, and water runs and vegetation sprouts, for you only, and not for him and her?]

The following bird is beautiful… but its beauty can never approach the deep beauty of someone who, without harming others, has profound and wise acceptance for the way he or she really (intrinsically) is.

Photo below… by Thomas Peace (Left click on the photo to see it enlarged; left click on the “middle” of it again if you wish to enlarge it more; hit left return-arrows, once or twice, to return.)